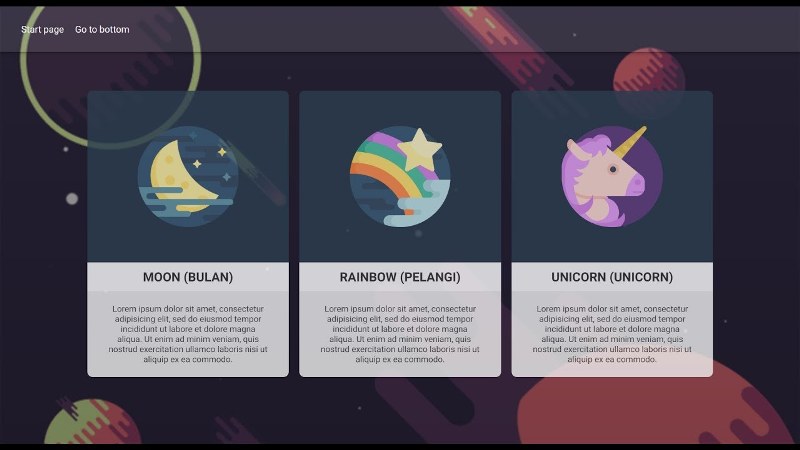 A website designer shared a link to a site that offers coding examples for making a full moon design. The coding includes ways to show meteors in motion. It also offers ways to increase or decrease the size of the full moon, change its color and add shadows. This person wanted to know what other web designers thought about the animation, coding techniques and usefulness of the design.

One person took a look at the coding and the results it produced. They thought it looked great and could imagine a few fun and useful ways to put it into action on a website. They found the coding example to be helpful and clever.

Another person took a look and thought the overall effect was fun and unique. They applauded the code and wanted to know how these results were achieved. The original poster replied and stated that these effects were realized with a combination of all the things that anyone can do in CSS. The finished effect was achieved with a combination of CSS gradients, animations and absolute positioning.

Anyone can take a look at the coding and build it on their own. The coding example also makes it possible for a person to make some tweaks. Perhaps instead of a meteor, they would like to create the International Space Station doing a flyover. An elegant coder could also add other effects, such as the positioning of Mars, Venus or Jupiter in the nighttime sky. A clever designer could also add in a comet or something else that could reasonably pass through the night sky.

With some time, a person who is diligent could recreate this with a different phase of the moon. A committed coder could also spend some time doing this with multiple phases of the moon, resulting in a lunar cycle animation with meteors or other animated effects. Anyone who has some imagination and skills with CSS gradients and other techniques. With the examples provided, an ingenious coder could easily come up with their own customized version of this animation and place it on their personal website. For more information click here https://codepen.io/negarjf/pen/zYGjLrW.