The History of HTML on the World Wide Web 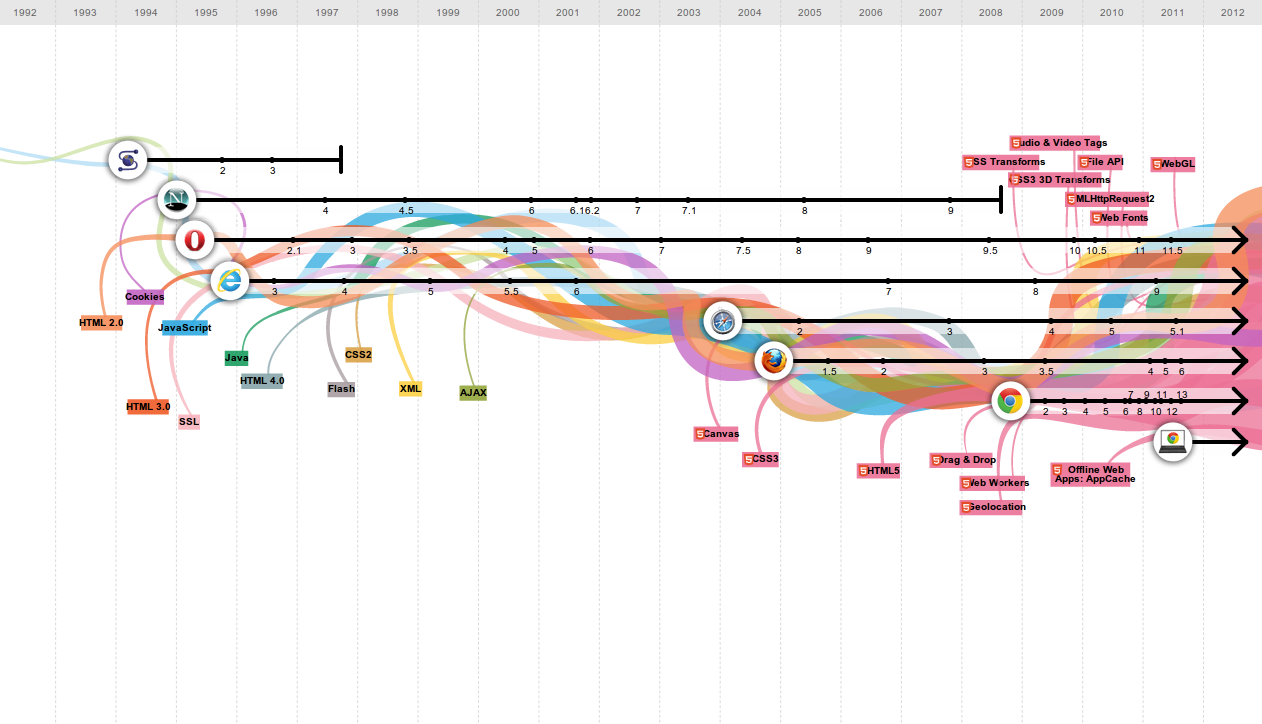 As the Internet rapidly evolves, social media platforms, forums, and blog sites are quickly becoming synonymous with personal diaries. Lou Montulli, engineering pioneer turned innovator, has recently recounted the fundamental role he played in the upbringing of the tag.

The beginning of Lou's illustrious career dates back to 1991, during which time he co-created the web browser "Lynx" alongside Michael Grobe and Charles Rezac. Together, these three gentlemen created the ultimate engineering trifecta as they constructed the first popular web browser known to the Internet. Lou describes Lynx as a "text only browser" that is "commonly used in a console window on UNIX machines." Suffice it to say, Mr. Montulli undoubtedly had a hankering to innovate. As the Lynx browser continued to impress the masses, Lou cemented his role as a founding engineer for Netscape.

In short, the team of ingenious brainiacs at Netscape dedicated their coding and engineering expertise to building software using graphical user interfaces. In layman's terms, Lou's duties were to create new technologies in an effort to stay ahead of the growing trends of the Internet. This forward-thinking mentality spawned the implementation of HTML Tables, SSL, Plugins, and Javascript.

Fast-forward to mid-1994. It was on this summer night in the beloved St. James Infirmary where Lou's palpable imagination proposed what is now one of the most loathed HTML tags. As Lou was dwelling over Lynx's inability to display many of the newly created HTML extensions, the idea of blinking text suddenly overcame him. The prospect of such a silly, useless text left the crowd tickled pink. Yet, just as quickly as the idea came about, it fizzled into non-existence - or so Lou thought.

Turns out one of Lou's engineering buddies was so inspired by his blinking text gag that he brought the idea to fruition. While Lou himself was taken aback by the blinking text, he never thought it would gain so much traction. For Lou, the most troubling aspect of the tag is that it never got a chance to display on his first creation, Lynx.