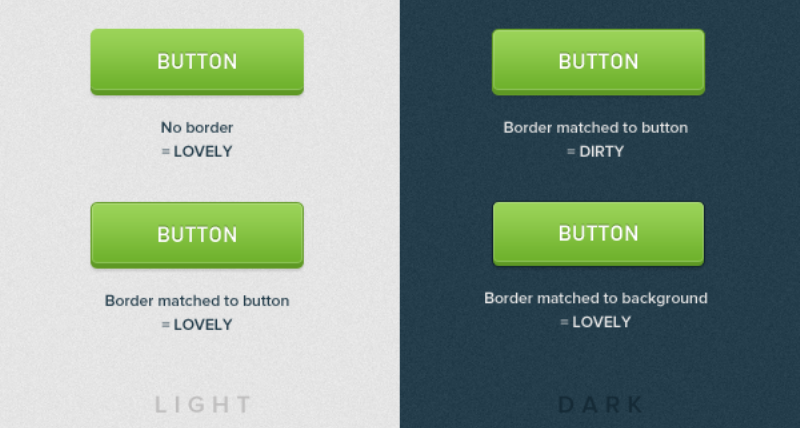 Websites, being works of an interactive artistic medium, use many methods of compelling the user to interact with them through clicking on certain elements, moving the mouse cursor across certain areas, typing into input fields, and so on. Buttons are easily the most basic method of providing pieces of interactive control to the user because what they do is usually self-evident from a single phrase and a single icon printed within each of them.

Standardized web button design calls for a given button to toggle between various "states" when the user highlights it, clicks on it, and leaves it in a clicked state, among other actions. This visual feedback often involves crafting slightly displaced and discolored variants of the contents of the button's space to make a button look like it is being pushed "inward" while the user is holding down their mouse's left button. Web buttons are often horizontally aligned to allow room for containing both icons and text that can be at least somewhat descriptive.

There are certain schools of thought holding that buttons can become all the more informative and effective at their prescribed purposes if they employ much more subtle aesthetic details wisely. A particular button out of a set of similar buttons can use a bolder color to convey to users at a glance that it is the "main" button that users would want to be concerned with. The usage of shading and gradients can make a button look like it has as much depth as physical buttons on real-world devices. However, deliberately holding back on that level of detail and using featureless colored backgrounds is more likely to result in buttons that do not require the website to feature a matching aesthetic.

An oft-overlooked button state worth accounting for is one that appears when the button is highlighted through either the tab key or some other means of on-screen selection that is not performed with the mouse. This can help in situations where the user might not have realized they had highlighted that button and will inadvertently follow it by pressing the "Enter" key. For more information click here https://rgb.wiki/button.