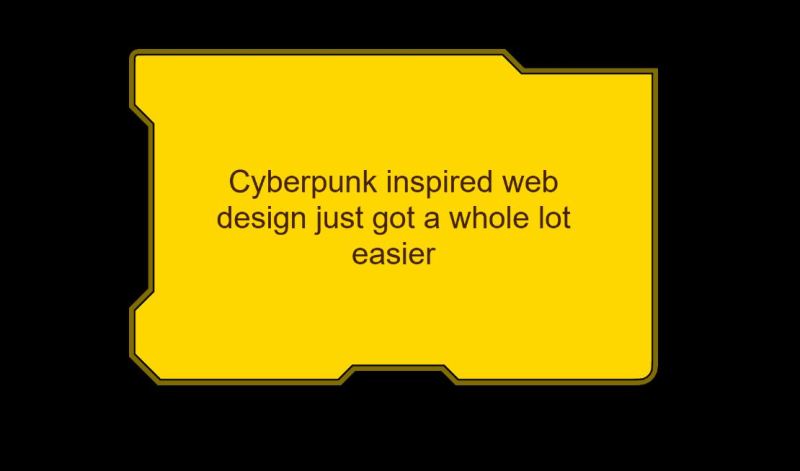 A coder has released an image in order to show people how they created a futuristic or cyber punk user interface for web apps. The image shows a sort of sci-fi appeal to the design, with layered graphics and a simple style to the background. The designer wanted to know what other people thought about this user interface. They built in in a CSS file. They noted that making this kind of a design is typically difficult in CSS.

One person wrote back and said that it is rare to find a web designer who can also code. They liked the effects of the design and encouraged the original poster to keep at it. This person also said that stylized containers can do well in a mobile layout, so they think that this design will do well on smartphones and other mobile devices.

Another person replied with a suggestion to make the overall site more friendly to mobile devices. While this particular design was, the overall site was not. The original poster wrote back and said that they plan to do this when they have time, but it could take a while because they do this as a side gig or hobby.

A different person did not care for the yellow text on the white background. They said that it was difficult on their eyes. This is a common problem, and the original poster wrote back to say that they would correct the issue as soon as possible. They did this quickly, allowing other people with sensitive vision to have a look at it without the jarring visual effect.

Someone else said that they liked the stacking animation. Several people replied with additional questions for the original poster. One wanted to know how the coder plans to use this in web design projects. Another person asked about how it does the shapes. The original poster replied with some tips on how they achieved the effect. A beginner CSS coder tried to replicate this, but they did not have a lot of success. The original poster encouraged them to continue trying. For more information click here https://i.redd.it/8631e5ctgvj31.png.