Check Out This Cool Pokedex Made With AngularJS and Python 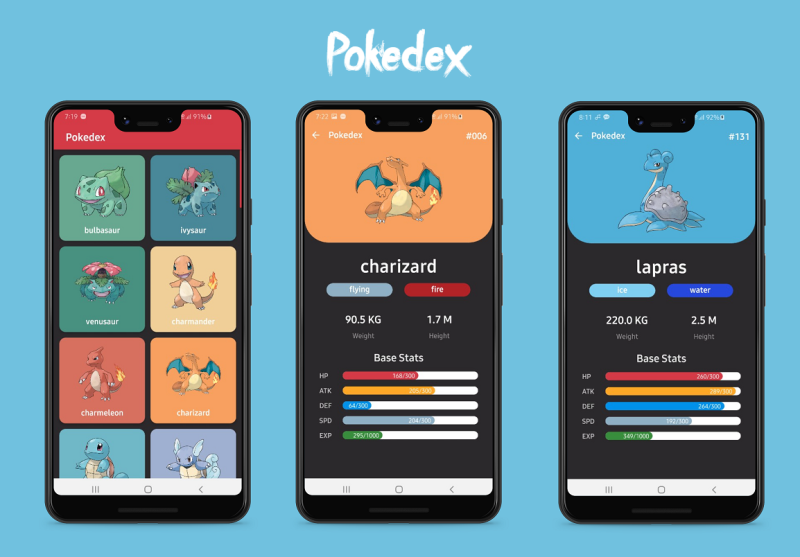 Pokemon is one of the most popular and successful role-playing games in history. This video game series, which dates back to 1996, has been ported to devices ranging from the Nintendo Game Boy to the Nintendo Switch and from iOS to Android smartphones. For all the cute wholesomeness and user-friendly appeal of Pokemon games, they are actually quite sophisticated RPG apps that connect to massive connected databases.

Even though Pokemon has mostly shied away from web versions, the development team has been hinting at a future whereby players will be able to join the fun from their browsers; to this effect, the PokeAPI is currently available for experimentation, and this is where we can find a neat GitHub project developed by Shivam Baghel. In essence, Shivam's project is a web-based Pokedex that works as a progressive web application developed with AngularJS. In the Pokemon game world, players need to access the Pokedex in order to gain information about the various "pocket monster" species along with their traits, characteristics, and alternate forms. What Shivam has accomplished is a neat and highly useful Pokedex that can even be installed locally for offline use.

By virtue of being a complex database, the Pokedex requires the use of a robust framework that can present a reliable JavaScript front-end; this is why Shivam chose AngularJS, and the result is amazing. In addition to Angular, Shivam made his own JSON and CSV data files because he realized that he needed to pare things down from the original 150MB; this was accomplished by means of compression.

The current version of this web-based Pokedex offers a very friendly user interface that will automatically appeal to players; it is fully responsive and it even features cool animations of the cute creatures on the desktop version. The coding strategy makes searching, scrolling, and rendering very smooth for users who either access or install the Pokedex on underwhelming devices.

When the Pokemon developers and Nintendo are ready to make the jump to a full web version, we hope that they consider the coding skills of dedicated fans such as Shivam, who has demonstrated just how powerful AngularJS can be. For more information click here https://v.redd.it/zrvq4chdoz451.